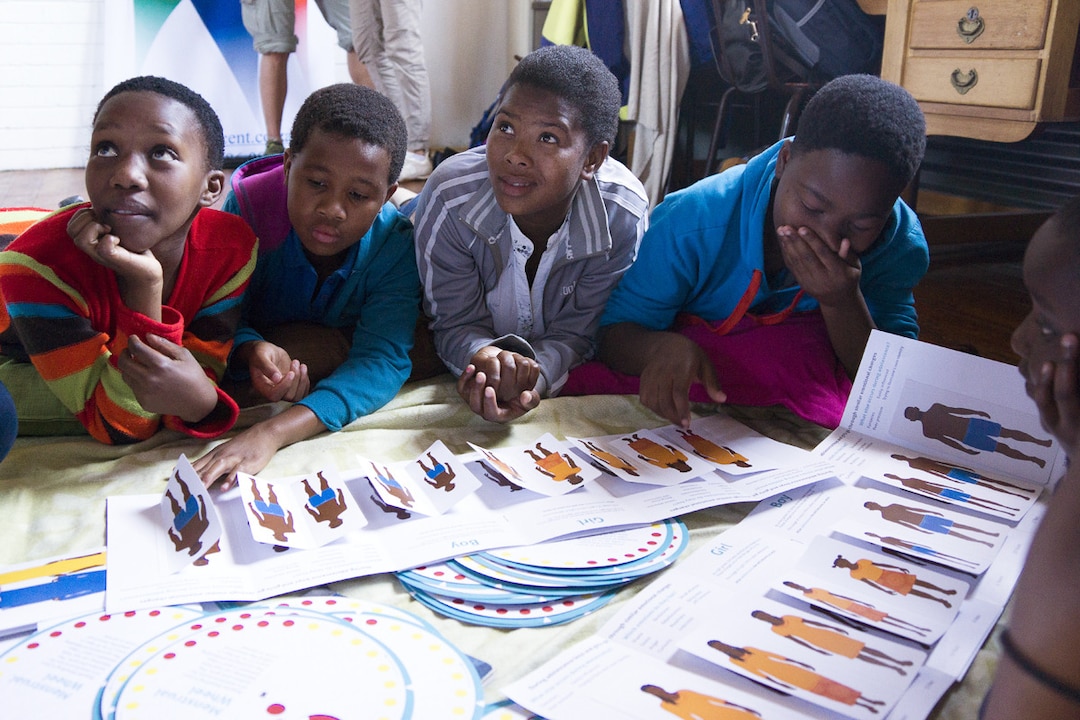 Menstruation – a natural body function vital to the sexual and reproductive health of women. At any given moment, 800 million girls and women are experiencing their periods. And from their first period until they reach menopause, women will have on average 460 instances of menstruation, which amounts to approximately 3,500 days spent menstruating in their lifetime.

While the process of menstruation is as natural as eating, breathing and sleeping, there are taboos, myths and stigmas around the topic, as well as embarrassment, shame and silence. For instance, girls and women today hide sanitary napkins up their sleeves and are ashamed to purchase feminine care products, abstain participation in daily activities when they’re on their period, and avoid essential conversations about menstruation and women’s health.

Many girls do not understand what is happening when they have their first period. This is largely because mothers often do not discuss menstruation with their daughters before they have their first cycle. For example, in Karachi, Pakistan, 50 percent of girls aged 14 to 17 knew nothing about menstruation and instead believed they were ill or dying.

Helping drive positive change in this area, Essity, in partnership with its Bodyform brand, spearheaded a campaign in 2016 to help women and girls overcome the social barrier of discussing their periods by creating six new menstruation ‘femojis’ for the official emoji keyboard. From icons depicting pads and periods as well as cramps, PMS, spots and bloating, the campaign was launched to give women a fun, simple way of expressing how they feel when they’re on their periods. The campaign was a way to drive dialogue about menstruation in an engaging and practical way.

Not only is menstrual hygiene a fleeting conversation, it is also emerging as a central issue for gender equality, human rights and development as women and girls continue to be left out of cultural, education, social and income-generating activities during their periods. In West and Central Africa more than 4 in 10 girls reportedly miss at least one school day per month during their period, and about 73 percent of female factory workers in Bangladesh miss an average of six days of work and pay monthly because of menstruation.

Women globally miss out on daily activities because of their periods, which commonly occurs because they view menstruation as a barrier and they lack the proper education to know how their bodies work. Since 2014, Essity has partnered with the Water Supply and Sanitation Collaborative Council (WSSCC) in an effort to break the silence, raise awareness and promote education surrounding menstruation. One initiative through the partnership brought 30 girls together from the Cape Town, Africa townships of Khayelitsha and Gugulethu for a training on menstrual hygiene management. The session was led by experts from WSSCC who taught the girls about their bodies, the importance of good hygiene during menstruation and that they should not feel ashamed, but to feel pride.

Something that happens to half of the people around the world every month shouldn’t be taboo, and breaking the silence on what is often an unspoken topic is the first step towards destigmatizing. Overcoming negative stereotypes around menstruation and replacing advocacy with action brings about safe management of periods that can transform the lives and futures of women and girls across the globe.